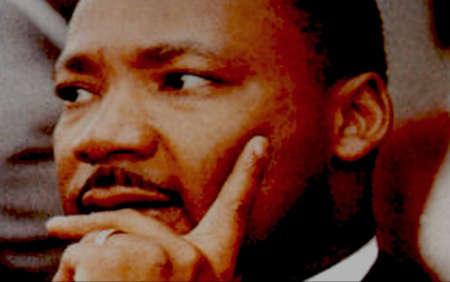 Is racism systemic in America today? From the Free Dictionary:

To say that racism is systemic in America means that racism is built into the fabric of our system; built into our laws, institutions, and culture. While I would agree with them if they were talking about America 60 years ago, legal and institutional discrimination based on race was made illegal in the Civil Rights Act of 1964:

The Civil Rights Act of 1964 (Pub.L. 88–352, 78 Stat. 241, enacted July 2, 1964) is a landmark civil rights and labor law in the United States that outlaws discrimination based on race, color, religion, sex, or national origin. It prohibits unequal application of voter registration requirements, and racial segregation in schools, employment, and public accommodations.

Today acts of overt racism against blacks in schools, colleges, and employment would almost certainly result in legal action and swift condemnation from just about every segment of American society. As a matter of fact institutions of higher learning and many employers frequently practice some form of “affirmative action” where often black applicants get some preference over white applicants in order to promote diversity.

I think that what whites have to do is acknowledge and accept one interesting fact. It’s not a theory. It’s a fact. Since 1965 to roughly this, our own time, white America, I think, has made one of the greatest moral evolutions in all of human history. There is no example that I’m aware of, of a society determining to correct itself morally that has been more consistent and more relentless than what white Americans have done.

America has always been a country capable of doing great things, and eradicating slavery – an institution that went back beyond recorded history – was one of America’s greater accomplishments. In my own generation the tearing down of the last structural impediments to blacks fully participating in American society was another. It however remains to be seen if all blacks will accept the invitation.

Correlation does not imply causation

Systemic racism in the legal system and institutions of America was eliminated in 1964. Some will claim that regardless of the structure and intent of the law that the police and the legal system enforces the law unequally. These claims are almost universally based on some statistical measure. As such they are unsound as logical arguments – correlation does not imply causation.

Often you will have statistical correlation that appears to show one thing on casual observation, but then deeper analysis will show something entirely different and perhaps very unexpected was the actual primary cause. It is often not just be one thing either. In the real world there are almost always a number of causes that combine to produce the final effect.

According to Deaths Due to Use of Lethal Force by Law Enforcement:

“Victims were majority white (52%) but disproportionately black (32%) with a fatality rate 2.8 times higher among blacks than whites.”

If one assumed that this in itself indicated blacks were being unjustly targeted and killed by police you would be jumping to a conclusion that might very well be false. Let’s look at some other statistics.

In 2018 according to the FBI’s UCR (Uniform Crime Reporting) statistics for homicide where the race of the offender was known it was black 56.4% of the time (in 29.5% of the cases the race of the offender was unknown). Given that blacks are about 13% of the population overall it is clear that blacks are way overrepresented in this crime statistic, as they are overrepresented in just about all violent crimes.

Overall blacks were victims of homicide 52.4% of the time in 2018 and most of their killers were also black. The percent of black homicide victims has been going up steadily since 2008 when it was 47.8%.

“In 2019 police officers fatally shot 1,004 people, most of whom were armed or otherwise dangerous. African-Americans were about a quarter of those killed by cops last year (235), a ratio that has remained stable since 2015. That share of black victims is less than what the black crime rate would predict, since police shootings are a function of how often officers encounter armed and violent suspects. In 2018, the latest year for which such data have been published, African-Americans made up 53% of known homicide offenders in the U.S. and commit about 60% of robberies, though they are 13% of the population.”

Given the greater participation of blacks in crime, and especially violent crime, blacks more frequently encounter police and how often they get shot by police officers, both black and white officers, is more a function of the number of those encounters than of systemic racism.

That is not to say that racism doesn’t exist and it is not to say there are no racist cops. But the overwhelming evidence supports the frequency of encounters as being the major factor in more blacks being shot by police. Here is just one link that references a lot of different studies that support that claim:

There are over 800,000 sworn police officers in the United States and with that many people there are bound to be some “bad apples” who will abuse their power and position. The death of George Floyd sparked a lot of outrage and justifiably so, but it is a sure bet that more than a few white criminals (and Floyd was a criminal too) die in police custody under suspicious circumstances – see White Man Can’t Breathe.

However there may be a problem with racism involved, and it may be the racism of many blacks caught up in the rap and gangsta cultures. Here are some of the lyrics from a rap song “Kill Whitey” by the Menace Clan:

“Kill Whitey” by the Menace Clan

But I am just an old white guy not that familiar with the whole genre. Black writer John H. McWhorter writes:

… rap took a dark turn in the early 1980s, as this “bubble gum” music gave way to a “gangsta” style that picked up where blaxploitation left off. Now top rappers began to write edgy lyrics celebrating street warfare or drugs and promiscuity. Grandmaster Flash’s ominous 1982 hit, “The Message,” with its chorus, “It’s like a jungle sometimes, it makes me wonder how I keep from going under,” marked the change in sensibility. It depicted ghetto life as profoundly desolate:

“You grow in the ghetto, living second rate
And your eyes will sing a song of deep hate.
The places you play and where you stay
Looks like one great big alley way.
You’ll admire all the numberbook takers
Thugs, pimps and pushers, and the big money makers.”

In the two decades since “The Message,” hip-hop performers have churned out countless rap numbers that celebrate a ghetto life of unending violence and criminality.

How Hip-Hop Holds Blacks Back

Some will say that the public schools in the inner city are underfunded and this is a root cause. The recent experience in Kansas City, Missouri demonstrates that money alone is not a fix:

School reformers rejoiced when Federal District Judge Russell Clark took control of the district in ’85. He ruled it was unconstitutionally segregated, with dilapidated facilities and students who performed poorly.

To bring the district into compliance. the judge ordered it and the state over the next 12 years to spend nearly $2 billion to build more schools, renovate old ones, integrate classrooms and bring student test scores up to national norms.
…
For more than a decade, the Kansas City district got more money per pupil than any other of the 280 major school districts in the country. Yet in spite of having perhaps the finest facilities of any school district its size in the country, nothing changed. Test scores stayed put, the three‐​grade‐​level achievement gap between blacks and whites did not change, and the dropout rate went up, not down.

…blacks have made the immobilizing assumption that individual initiative can lead only to failure, with only a few exceptionally gifted or lucky exceptions. Yet many groups have triumphed over similar (or worse) obstacles—including millions of Caribbean and African immigrants in America, from Colin Powell to the thousands of Caribbean children succeeding in precisely the crumbling schools where black American kids fail.
…
Blacks aren’t the only people who’ve sabotaged themselves through victimology. Take the eerily similar case of the Boston Irish, the target of contempt and discrimination in nineteenth-century America. By the 1920s, when anti-Irish bigotry had receded greatly, historical memory allowed Mayor James Michael Curley to maintain power by stoking Irish resentment very like today’s black resentment. Curley found “anti-Irish” sentiment everywhere: merit hiring systems were “anti-Irish”; “Anglo-Saxon” culture was fatally diseased. Even today, the remnant of this mentality still traps members of South Boston’s Irish community in crummy housing projects full of idle adults who have high rates of substance abuse and even speak a local dialect it takes a little while to wrap one’s ears around. In South Boston, as in South Central, a fatalistic skepticism that you can rise above your community and a deeply embedded wariness of mainstream culture thwart ambition even where opportunity is available.

Early in my life it was not uncommon to hear racist remarks, not only about blacks but also Poles, Italians, Jews, and others. That is simply not true today in white middle class society. Most white Americans today are very clear on not tolerating those sort of attitudes, and especially those attitudes towards blacks. Unfortunately they often tolerate, and sometimes even praise blatantly racist language and attitudes among blacks.

As Americans we at least need to examine the possibility that it is not systemic racism that holds many blacks back today. That is too easy and simplistic an answer. It may be, at least in part, the racism and defeatism of blacks themselves that holds them back more than anything else. As I wrote in My White Privilege:

The real secret to “white privilege” is having an ethic of work and responsibility. One will never have it as long as one is focused on how unfair life is.

The evidence supports the claim that anyone can have the benefits of “white privilege” if he or she is willing to sacrifice and work for it. Remember the references above by John McWhorter on blacks who came here from the Caribbean and Africa who succeeded in the same schools that American born blacks failed in. The objective evidence does not support the claim that the problem is systemic racism or structural obstacles to blacks succeeding in America today.

There may be some serious cultural issues in at least part of the black community that keep many blacks from escaping from dysfunctional communities. White people are not helping black people by ignoring that or pretending it does not exist. Quoting John McWhorter one last time:

“… it’s time for well-intentioned whites to stop pardoning as “understandable” the worst of human nature whenever black people exhibit it.”

White people accepting unearned guilt for all the sins of the past does not help either. White liberals might do well to read Jason Riley’s book Please Stop Helping Us: How Liberals Make It Harder for Blacks to Succeed.

I doubt this is something either government or white people can fix. The black community may need to fix itself. That probably won’t happen until black people stop fixating on “whiteness” as the cause of their problems.