There is a battle going on to define “racism” in ways that support a particular ideology. In this ideology only whites can be racists. By definition a black or “person of color” cannot be a racist despite holding some very prejudicial views of whites, Asians, or Jews. This is one of the tenets of Critical Race Theory (CRT).

Looking at a more mainstream defintion the Merriam-Webster online dictionary defines racism as:

A belief that race is a fundamental determinant of human traits and capacities and that racial differences produce an inherent superiority of a particular race.

The systemic oppression of a racial group to the social, economic, and political advantage of another.

The first definition can apply to an individual. A person is a racist if they automatically judge others first and foremost based on their race. Given this definition anyone, regardless of their complexion, can be a racist.

The second is based on the social/political system. Those who want to define racism as something only whites are capable of use only on the second definition. They claim that blacks can’t be racists because they don’t have the power to rig the system in their favor. The fact though is the world has changed drastically in the last 60 years.

“I think that what whites have to do is acknowledge and accept one interesting fact. It’s not a theory. It’s a fact. Since 1965 to roughly this, our own time, white America, I think, has made one of the greatest moral evolutions in all of human history. There is no example that I’m aware of, of a society determining to correct itself morally that has been more consistent and more relentless than what white Americans have done.” 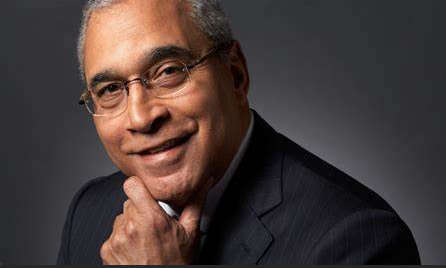 Consider this written by Randall Kennedy, a Black law professor at Harvard who is most certainly not a friend of white Conservatives:

“The idea that Black people cannot be racist because they lack power to effectuate their prejudice is misguided for a number of reasons including the obvious empirical point that there are Black people who, as police chiefs, mayors, Cabinet officials, members of Congress, professors, directors of human resources offices, chief executive officers, prison wardens, and president and vice president of the United States, do exercise decisive, often unreviewable, power over whites and others.”

Imagine that you were transported back in time to 1960 in America. If you looked around and concluded the system was rigged you would be absolutely correct. However, it is not 1960 and in many ways, America has changed drastically. Outright racial slurs by whites are no longer acceptable in polite society. As Mr. Steele wrote above, “white America … has made one of the greatest moral evolutions in all of human history.”

In fact more and more we see the system rigged in favor of blacks. Affirmative Action which actively discriminates on the basis of race is probably one of the longest-running examples. If you work in a large corporation you have to notice that the HR (Human Relations) department most definitely is using race as a hiring criterion where they unapologetically are focusing on hiring more blacks. If you are a black applying for a job in one of these corporations and have at least the minimum qualifications you have a pretty good chance of being hired.

The mainstream media is very much complicit in favoring an ideology of black victimhood. For example, if a white kills a black the white is almost always assumed to be guilty of something by the mainstream media. The white is often portrayed as being a “racist” and a “white supremacist,” whatever that means.

A number of cases come to mind. First, there was George Zimmerman who killed Trayvon Martin in self-defense. Despite the very prejudicial coverage in the media George Zimmerman was acquitted based on the real evidence – not the headlines on CNN. Not too long after that Darren Wilson, a white policeman in Ferguson, Missouri, shot and killed Michael Brown, again in self-defense. As was the case with Zimmerman, the media came out full-throttle on the side of the black “victim.” Even the FBI and the Department of Justice got involved trying to find something to charge Wilson with. In the end, a grand jury having heard the evidence did not indict Wilson.

Take the recent Ahmaud Arbery trial in Georgia where three white men were convicted of murder by a nearly all-white jury. I would be willing to bet if the same thing happened in 1960 the defendants would have walked out of the courtroom free men with a successful claim of self-defense.

The truth is that blacks have enormous opportunities available to them in America in 2021 if they choose to take advantage of them. That is part of the problem. Black author John McWhorter details many of the causes when he writes about a “victimology cult”:

“In the grip of this seductive ideology, blacks have made the immobilizing assumption that individual initiative can lead only to failure, with only a few exceptionally gifted or lucky exceptions.”

“The victimology cult has in turn engendered a cult of black separatism. Inspired by the Black Power movement of the 1960s, which violently rejected whites as terminally evil, …”

“The worst result of the sense that black America is a fundamentally separate realm is a widespread cult of anti-intellectualism.”

“Why? All through modern black American culture, even throughout black academia, the belief prevails that learning for learning’s sake is a white affair and therefore inherently disloyal to a proper black identity.”

“… in the mid-1960s, when black separatism rejected traits associated with whites as alien, and black students, in this spirit, began teasing their fellows who strove to excel in school as “acting white,” a much harsher taunt than merely dismissing them as nerds.” 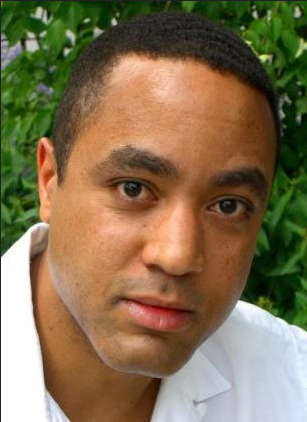 John McWhorter is an American linguist with a specialty in creole languages, sociolects, and Black English. He is currently associate professor of linguistics at Columbia University, where he also teaches American studies and music history. He is the author of a number of books on race relations, hip-hop and African-American culture. –Wikipedia

You ought to read McWhorter’s article (link above).

Often black racism is holding some blacks back. If there is any real “systemic racism” in America today it is those who work so hard to convince blacks that all of their problems are due to white racism. Included in that of course is the Democratic Party, which if it lost a substantial part of the black vote, would find itself in very deep trouble trying to win national elections.

The fact is that anyone can be a racist. Regardless of whether you are black or white, if you see others primarily through a lens of race, you are in fact a racist. There is a lot of talk about what can be done by whites to help blacks advance in society, to gain “equity” with whites. Quite honestly I don’t think there is much that whites can do for blacks, except to stop lying to them on how it is all the fault of white racism. The real work needs to be done by black leaders who need to start telling young blacks, “Yes, you CAN succeed in America if you try! Stop using racism as an excuse for failure.”

I always consider the settlement of America with reverence and wonder, as the opening of a grand scene and design in providence, for the illumination of the ignorant and the emancipation of the slavish part of mankind all over the earth.  John Adams