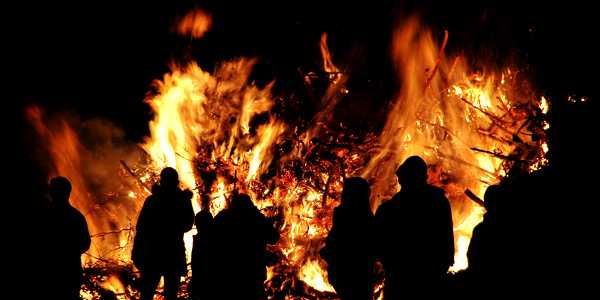 Politics is largely an illusion and there is no greater illusion than that which portrays all politics as belonging to a one-dimensional scale with “Left” on one side and “Right” on the other. Reality has more than one dimension though.

Left and Right refer to a one dimensional spectrum – like the simple drawing below:

The original principle of the Left was for radical change with a more egalitarian division of wealth and power. The Right was for maintaining the old order with power and wealth in the hands of the nobility and the church. That was the French Revolution. We’ve come a long way since 1789.

Today there is really no simple principle that most of us can agree on to determine who belongs where on the Left-Right scale. The game is simple. Put your side on the “good” side and your enemies on the “bad” side. Politics is all about power; getting it and keeping it. Truth is most often the first casualty in politics.

Some of the leaders of the French Revolution had noble ideals, but the end result was the Reign of Terror with thousands beheaded on the guillotine and the Vendee genocide. Truly the road to hell is more often than not paved with good intentions!

In the 20th century mass murder was a consistent component of Leftist movements from the Soviet Union, Nazi Germany, Communist China, and Cambodia – just to name a few.

But wait, some will say that Nazi Germany was actually on the Right. Does that actually make sense? Not Really.

“NAZI” comes from the German name “Nationalsozialistische Deutsche Arbeiterpartei”  which translated means “National Socialist German Workers’ Party.” It was the ideals of the Left and of Socialism that was put before the German people to get them to support the NAZI Party. You can read more about that here.

Did many of the larger capitalists in Germany support the Nazis? Yes, they did, but not for the most part out of love for Nazi ideology, but as an attempt to keep their wealth as opposed to being “liquidated” or murdered by the Communists who looked to be the other option. The Nazis used the capitalists as “shop managers” (“Betriebsführer” in German) to run their war machine.

The Nazis and the Communists were much more alike than different. Both were characterized by brutally totalitarian governments, leaders nearly worshipped as gods, a total lack of dissent, and in the end millions of corpses sacrificed on their altar of the “greater good,” whether that good was the good of the worker, or of the state, or of the race.

“Left” and “Right” made sense in 18th century France. The Left wanted to do away with the grossly unfair social structure with the nobility and the church at the pinnacle of power and wealth. That motive in the end just turned out to be a good excuse to murder anyone that disagreed with them.

There was another revolution in the 18th century, but unlike the French Revolution it led to a far different result. That was the American Revolution and that led to the creation United States of America. That led to a form of government explicitly designed to limit political power and establish individual human rights as it guiding principle.

Was it perfect from the beginning? Of course not, but the principles laid out at the founding inexorably led to the Civil War and the end of slavery, probably the greatest contradiction between reality and the words of those founding documents. That was something the vast majority of the world at that time had not done.

The two extremes on this scale are Totalitarian governments with little or no individual freedom or rights and on the other side governments of usually constitutionally limited power and legal guarantees of individual rights and freedom.

Communists and Nazis are clearly on one side in this scale. The United States, and at least its founding principles on the other extreme. On one side is the idea of strong central authority that governs the lives of all, and on the other side very limited authority where individuals have real rights to choose who will be the managers of their limited government.

Note in the above I did not put the Republicans at the extreme right, nor did I put the Democrats at the extreme left. For the Republicans there are some who simply support maintaining the current political order and their positions of power and privilege in it. That appears to be equally true of many of those in positions of power in the Democrats.

The principle of limited government and individual rights on the right of the above diagram is not about maintaining established wealth, power, or authority. It is about guaranteeing that no one with wealth or power can have the political power to hold down the upstart entrepreneur with new ideas from competing with the old and established firms and wealth.

There was an old American saying that exemplifies this principle. It was “From shirtsleeves to shirtsleeves in three generations.” The meaning was that a talented individual would create a highly successful business and then leave that wealth and power to the children. The children would not have the talent or ambition of the founder who started out in “shirtsleeves” (a common worker). They would spend and squander the wealth and leave nothing to their children who would then end up having to work for their living.

Highly limited government and strong individual rights creates an environment (free markets) where that scenario is very likely. It is only if the generations of inherited wealth can buy special powers and privileges from government that they can maintain their wealth. That is unfortunately the position we are in America today. Too many with wealth and power can buy way too much influence in government.

The opposite on the left side of the above diagram is the idea of using powerful authority to make society more egalitarian and undoing old wrongs. We don’t have any really good examples of that ever working. However we do have plenty of examples of mountains of corpses that path has led to in the past. No matter those on the Left keep saying they just need one more chance to make it work.

We should not give it to them. Give authority to individuals, not governments. That is the guiding principle that will lead to the greatest human happiness and prosperity. The history of the United States is proof of that principle.

If America was the evil country many on the Left would like you to believe then why do so many people want desperately to come here? The Left has no good answer to that question.

In The Illusion of Left And Right we discovered that the terms “Left” and “Right” in politics came from the French Revolution. One important takeaway from that is that those who seek to preserve the status quo are on the Right, and those who seek radical change are on the Left.

So how well does this principle of conservation vs. change fit with the modern view of Left and the Right? Not very well. This is a simplistic depiction of how many perceive the political spectrum today:

The first thing you should notice is that the Nazis are shown on the right along with Republicans and Conservatives. Does that make sense?

The goal of the historical German Nazis was to radically change the society of the Weimar Republic. They accomplished that by taking Germany from a democracy to an absolute totalitarian government where one’s only justification for existence was to serve the state and the Führer. The desire for radical change is a trademark of the Left.

Compare that to the Conservatives in the above diagram. Conservatives, among other things, want to conserve the principles of the United States Constitution with limited government power and protection of individual rights. There is a huge divide between the views of the Founders of the United States who created a government with intentionally limited power and the Nazis who created a ruthless, totalitarian regime.

The Communists, indisputably on the Left, also created a totalitarian government just as ruthless and murderous as the Nazis. By those standards we ought to take the Nazis in the diagram above and put them on the Left right next to the Communists (where they truly belong).

A lot of people do see it that way.

The reality though is that things are not that simple. The reality of human thought and political belief can’t be captured on a single one-dimensional line. There are many dimensions by which we can measure political persuasions.

Before we look at those other dimensions we need to understand where this one came from. It is a surprisingly simple story.

The terms “Left” and “Right” in politics came from where people sat in the French National Assembly leading up to the French Revolution in 1789. Those who supported the rights and privileges of the King, the aristocracy, and the clergy were on the right of the president  (the “Right Wing”). Those who were on the left (the “Left Wing”), angered by those same privileges for the elite sought to establish a more egalitarian society.

That happened over two centuries ago. So how did that work out?

Not very well actually. The First Republic dates to 1792. In 1793 they executed King Louis XVI. The dictatorship of the Committee of Public Safety and the Reign of Terror soon followed with some 17,000 public executions. As many as 10,000 died in prison without a trial. Historians don’t agree on the count in the Vendee Genocide, numbers ranging from tens of thousands to hundreds of thousands. After interminable turmoil, Napoleon Bonaparte took control in 1799, and was declared Emperor in 1804. This led to the Napoleonic Wars that finally ended in 1815 with the final defeat of Napoleon.

The French Revolution started out with the Declaration of the Rights of Man and of the Citizen. It ended with a bloodbath, dictatorship, and wars that decimated France and Europe.