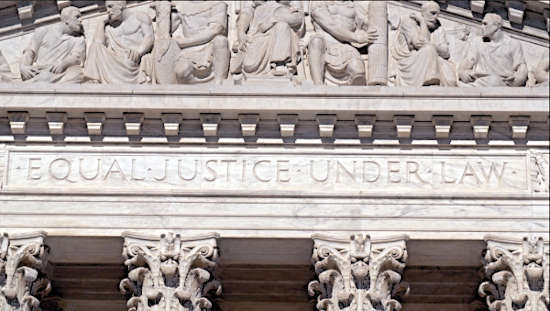 “White supremacy or white supremacism is the racist belief that white people are superior to people of other races and therefore should be dominant over them.” Wikipedia

I do not believe that the United States is currently a white supremacist nation. It certainly was in the past but we live in the present and that is the reality we need to focus on now. Anger over what long dead people did in the past is a dead end.

On the contrary many Americans and the United States Supreme Court have supported the idea that black applicants to our nations colleges and universities should sometimes be given preference over white applicants. That is called affirmative action. Many businesses in America also practice affirmative action in their hiring practices so as to appear to have a diverse workforce.

Legal equality has been the law in America since the Civil Rights Act of 1964. Again from Wikipedia:

“The Civil Rights Act of 1964 … is a landmark civil rights and labor law in the United States that outlaws discrimination based on race, color, religion, sex, or national origin. It prohibits unequal application of voter registration requirements, and racial segregation in schools, employment, and public accommodations.” Wikipedia

Does that mean that statistically white and black people are on average equally prosperous and successful? No.

One plausible explanation for differences of outcome between blacks and whites has been the near destruction of the black family. Quoting economist Walter E. Williams, the John M. Olin Distinguished Professor of Economics at George Mason University:

“The undeniable truth is that neither slavery nor Jim Crow nor the harshest racism has decimated the black family the way the welfare state has.”
…
“The most damage done to black Americans is inflicted by those politicians, civil rights leaders, and academics who assert that every problem confronting blacks is a result of a legacy of slavery and discrimination. That’s a vision that guarantees perpetuity for the problems.”
…

“However, two-parent black families are rarely poor. Only 8 percent of black married-couple families live in poverty. Among black families in which both the husband and wife work full time, the poverty rate is under 5 percent. Poverty in black families headed by single women is 37 percent.”

The Black Family Is Struggling, and It’s Not Because of Slavery

John H. McWhorter wrote in the City Journal in 2001 that:

“It’s black attitudes, not white racism, that’s to blame.”
…
“Victimology, separatism, and anti-intellectualism underlie the general black community’s response to all race-related issues.”
…
“…it’s time for well-intentioned whites to stop pardoning as ‘understandable’ the worst of human nature whenever black people exhibit it.”
…
“Let’s hope that in 2021, the networks won’t feel that any talk of black personal responsibility needs to be balanced by victimology from some fading anachronism like Ishmael Reed or Maxine Waters. That’s when we will know that we are past the coded fraud that passes for interracial discourse today and have made the kind of progress that yesterday’s civil rights’ leaders would recognize and applaud.”

I wrote in My White Privilege that the success of many whites is due to a culture epitomized by the Protestant work ethic (which has not been limited to Protestants by the way). The real explanation I think between black and white outcomes often hinges on a difference of culture and attitudes.

What really needs to happen is for black community leaders to focus a lot less on racism and perceived police brutality and a lot more on how black attitudes and culture contribute to failure and generations of poverty. We have examples of blacks from Africa and the Caribbean coming to America, going to some of the same decrepit inner city schools, and succeeding and pulling themselves up out of poverty.

You hear this phrase, ‘systemic racism’ [or] ‘systemic oppression’,” host Mark Levin told Sowell. “You hear it on our college campuses. You hear it from very wealthy and fabulously famous sports stars. What does that mean? And whatever it means, is it true?”

“It really has no meaning that can be specified and tested in the way that one tests hypotheses,” answered Sowell, who added that the currency of the phrase reminds him of the “propaganda tactics” of Nazi Germany, where Sowell claimed that if a lie was “repeated long enough and loud enough” it would be widely believed.

Government's view of the economy could be summed up in a few short phrases: If it moves, tax it. If it keeps moving, regulate it. And if it stops moving, subsidize it.  Ronald Reagan