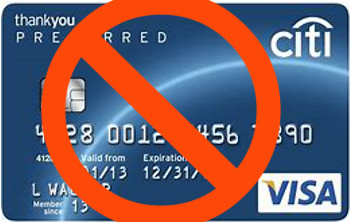 On March 22nd Citibank which issues Citi Visas and Mastercards released a “Commercial Firearms Policy” to announce  unprecedented requirements to force firearms dealers who do business with Citibank to restrict certain sales of firearms and firearms accessories like “high capacity” magazines.

“Under this…policy, we will require new retail sector clients or partners to adhere to these best practices: (1) they don’t sell firearms to someone who hasn’t passed a background check, (2) they restrict the sale of firearms for individuals under 21 years of age, and (3) they don’t sell bump stocks or high-capacity magazines. This policy will apply across the firm, including to small business, commercial and institutional clients, as well as credit card partners, whether co-brand or private label. It doesn’t impact the ability of consumers to use their Citi cards at merchants of their choice.”

Just for the record in the vast majority of cases it would be illegal for a licensed firearms dealer to sell a firearm to someone who hasn’t passed an FBI online background check. The only exception I know of, at least in Texas, is a person who holds a state issued concealed carry permit which means they have passed a far more extensive background check than what the FBI conducts.

Federal law allows sales of firearms to people between18-21 years of age with the required FBI background check. Citibank would like to repeal that right. My son at 18 was old enough to join the Marines and be issued an M16 so I think he was old enough at 18 to buy an AR-15.

Finally they want to stop the sale of “high capacity” magazines which are perfectly legal. High capacity magazines for MSRs (Modern Sporting Rifles) like the AR-15 are not the problem. The problem is a failure to enforce current laws, failure to recognize and deal with severely mentally ill people (like just about all the mass murderers in recent history), and the arsine insistence that we not defend our schools with armed adults. “Gun Free Zones” are an invitation to mass murder. The Israelis learned that a long time ago and now protect their schools and school children “in depth,” to use a military term.

The tree of liberty must be refreshed from time to time with the blood of patriots and tyrants. Thomas Jefferson